Ever wanted to create a site like 9gag?  or perhaps a more content-rich site like Bored Panda, which would automate the process of submissions from other people and still keep the publishing control in your hands?

Well, stay with me until the end of this post because we are going to talk exactly the same in this post. 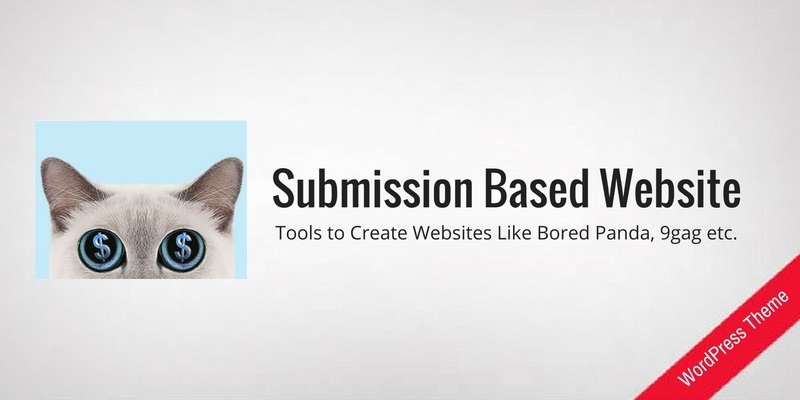 In fact, I just created a site like that, using the tools I am going to mention in this post. This was a project that was on hold for a very long time because I couldn’t get it to work the way I wanted.

How to Create A Viral Site?

By the end of 2014, it was almost everywhere that how Viral content sites are taking down big publishing houses with big numbers of shares on Social Media sites using their creative headlines and visual content.

We saw sites like Distractify, Viral Nova (sold at $100 million in 2015), Bored Panda making it to the list of most shared sites on Facebook. In fact, Viral Nova was run by just one guy who had hired one content creator to speed up the process.

Whereas Bored Panda allowed submissions and got high-quality viral content on their site, the kind of content that would take a lifetime for me to create.

You can learn more about how to create a viral blog in this article, the article talks about tech to use and how to approach. I wrote that post after gaining some experience from creating my own viral site. So you must read it (opens in new tab).

How to Create A Submission Based Site (like Bored Panda)

tl;dr: I was looking for a visually appealing WordPress theme with Front end, User submission functionality, and I got it.

So, I initially created the blog inspired by Viral Nova, but later wanted to make it something like Bored Panda, a site where others can submit their work.

I did find a Bored Panda style WordPress theme on Theme Forest and it’s almost the same with similar features of submissions.

I tried the theme but wasn’t happy with the end result, so I kept looking for other options.

Part of the reasons was that I did not want to create just another Bored Panda clone. I already had the concept for the viral site (Or let’s just remove viral from it, since the approach is going to be a bit different).

I finally found a WordPress theme which is both visually appealing as well as had the functionality of front end submissions from users.

It’s the Bunchy Theme and it is available in Theme Forest for $59.

This is why I love Theme Forest, you can buy themes like Bunchy with cool features like Front End user Submissions for just $59.

A few months ago I reviewed Bimber WordPress Theme, which is also a visually appealing WordPress theme. Read the review here

The developer of the Bimber theme told me they were working on a new theme with front end submission functionality. I asked them I would like to try it and as soon as I got the files in my email, I configured it on the site.

It might have taken 40-50 minutes in total for me to customize the theme, read the documentation and understand how the submissions work. 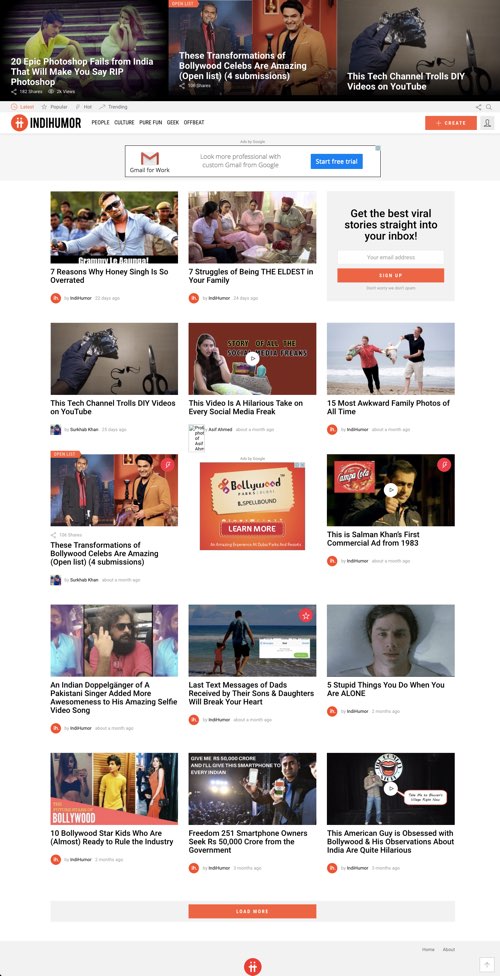 Here is the single post page with Bunchy Theme.

The Bunchy theme is like any other WordPress theme without the Submission Plugin Snax, which is also available individually at CodeCanyon.

Though, Bunchy has been specifically designed to work well with Snax, almost every WordPress theme would work fine with Snax, because it doesn’t interfere with the front end design of the website (and the backend of WordPress is pretty much same for every WordPress site).

But, If you are looking to start a new project that would require submissions from users, Bunchy would be the best choice for it, instead of struggling with Snax to work with other themes.

Also, the convenience with Bunchy theme is that both the theme and the submission plugin is created by the same developers, meaning less time in case of addressing any issue.

By combining available Layouts in the Bunchy WordPress theme, A Unique Logo, and Unique Color Scheme, you can create a unique design for your site that has a perfect solution for front-end submission.

I am still amazed that wecan bring our deas to life by getting the all the functionalities we want in just $59. There is literally no reason not to try. At least the technical aspect of creating a website like this has been taken care of, now all you need is, time and hard work to work on the website to make it popular.