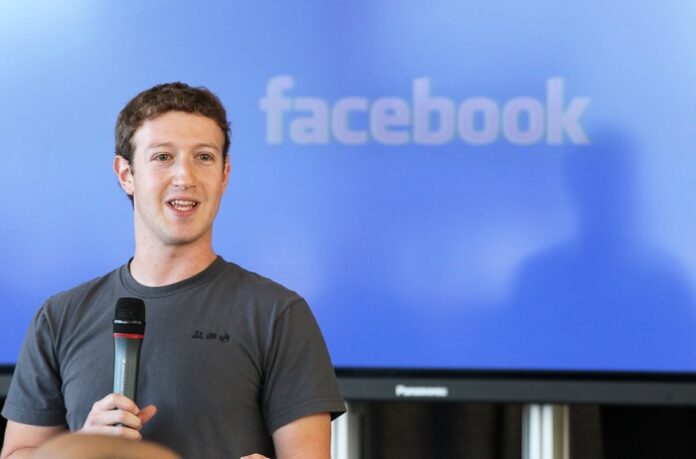 Just a couple of days ago, YouTube was the go to platform for video content. Facebook, being closest to YouTube in having a giant userbase, tried very hard to be at par with it if not beat it.

My Facebook Newsfeed has gradually shifted from Articles and Photos to Mostly Videos.

Part of the reason is the Autoplay for the videos, the videos on Facebook get more views than any platform because of their autoplay nature.

But the quality of videos or the engagement is nowhere close to what YouTube has.

But the views don’t mean engagement, what matters for both the Creators and the Advertisers is that the viewers engage with the video.

YouTube had fixed it long back when they started focussing more on Watch time than Views.

Facebook has been working hard to bring this change so that they can become a worthy contender to YouTube.

Taking a page from YouTube’s marketing book, Facebook has also made changes to the analytics so that Creators can also track the watch time of their videos.

In November 2017, Facebook launched an app for Video Creators for iOS (available in App Store)  and Android (to be available soon)

The press release talked about the features of this Creators app,

“Creators can add intros as openers to their live broadcasts, outros that conclude them, custom live stickers that viewers can use to interact, and graphics frames to create a consistent brand”

“With the “Community Tab” feature, creators can connect with fans and collaborators with a unified inbox, which centralises comments from Facebook and Instagram, and messages from Messenger.”

Facebook has also started giving the options to the Creators to organize their videos in the form of Playlists.

The Pages showcase the video second on the left, from where viewers can see the Feature videos and Playlists. 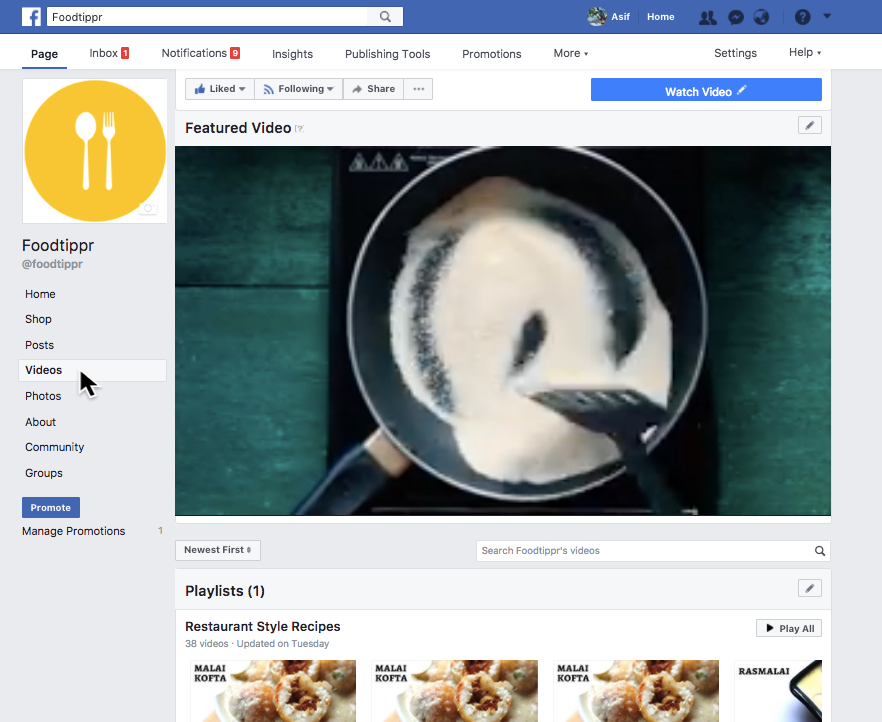 And in his attempt, they also played foul in letting so many Pages upload content shamelessly lifted from YouTube.

Even though Facebook gives every creator a potential audience of 1.2 billion people, the real creators are not confident in taking the platform seriously because of fear of their content getting stolen and Facebook not doing anything about it.

YouTube had this thing in place for a very long time with their Content ID Feature which protects the content of creators from being reuploaded or being reproduced. 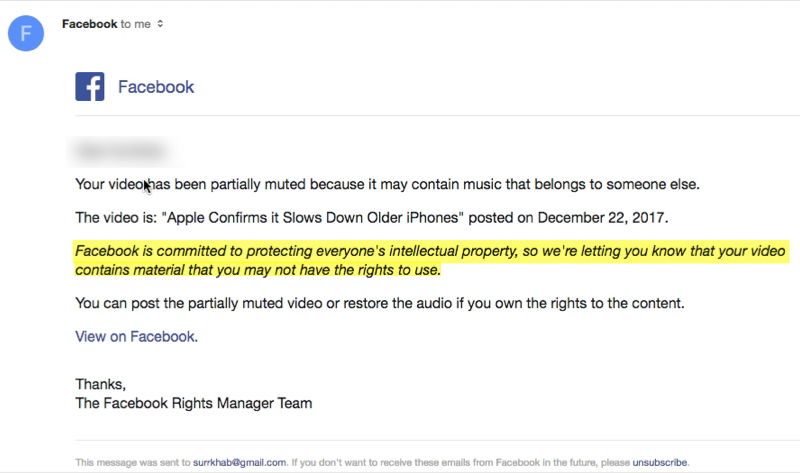 The same song doesn’t get any issue when uploaded to YouTube while Facebook matches and mutes disputed audio part the video.

Though Facebook’s own Monetization option is not available to everyone, it can be guessed that they videos with copyright claims can’t be monetized just like it happens on YouTube.

Facebook’s content recognition feature Does Work but it requires a lot of feedback and Content Creators need some kind of tools so that they can claim their original work so that it does not get copied on the platform.

Their recent addition to the Publishing tools is the Sound Library, 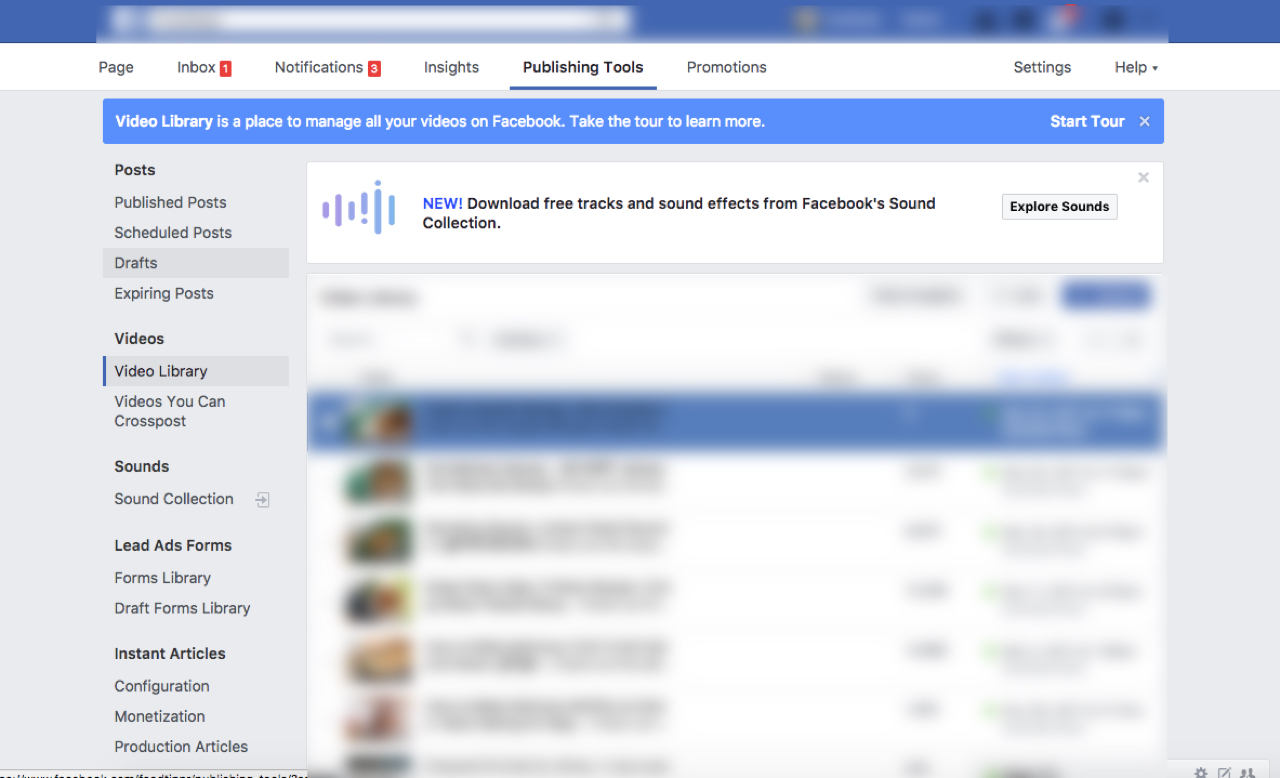 I browsed the sound library, it has over 1000 Songs and Sound Effects at the time of writing, which is enough, but again, YouTube has more soundtracks to offer.

It’s still a long way to go. But I feel it can prove to become a better video sharing platform than YouTube because it already has got over a billion people using it on a daily basis,

And because of the fact that Facebook offers so many tools to the Creators in a single platform. The creators can post any kind of content on their pages and not just Videos. Which can help creators keep their fans engaged, even, when they are not creating videos.

Which Platform is better for you?

If you are just getting started, Facebook would really be a great place to explore, Getting started is easy, you can create a page and post content in any format to gain few initial Likes which will help the ball rolling.

Also, the Facebook Ads can be useful in boosting the initial process.

If you have been uploading videos on YouTube, there is no harm in Uploading the same videos on Facebook, (though you might have to think on the audio part since Facebook’s content recognition can mute your videos, you can unmute but it requires an extra effort on your side.

Or maybe Facebook will fix it in coming months. We’ll just have to wait and see what happens in 2018.

If you are a Creator, consider subscribing to the newsletter to keep getting updates regarding ways to build your Online Business. Click here to Subscribe.

Previous article
Why NewsPaper Theme is the Best WordPress Theme for Bloggers
Next article
YouTube’s New Policy for Creators in 2018, 4000 Hours Watchtime Needed to Qualify