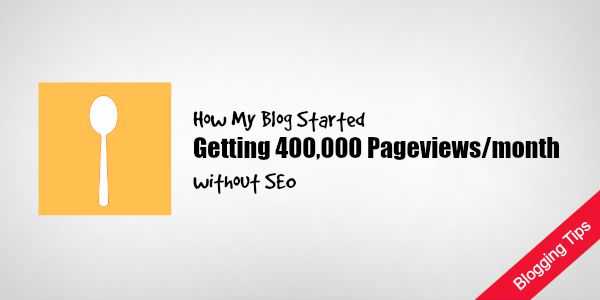 The struggle for getting traffic to a blog is the toughest of all. There are thousands of blogs with great content, great design, still struggling to get the traffic, because they are fed this one thing from the very start of their blog: ‘Create quality content and the readers will come crawling to your blog’

Unfortunately, I too believed this since I started blogging over a decade ago and wasted so much time relying on the SEO.  I did try other mediums to generate traffic like StumbleUpon and Facebook and was able to bring in few hundred visitors a day.

But, they did not convert to any type of blog, be it Product Based, CPA Based, Click Base Ads (people were not clicking on them), nothing worked and it was discouraging enough that stopped me from working on these mediums.

I’ve learned a bit of SEO in the last few years and I am happy with the amount of traffic I get from search engines, it’s enough to pay the bills and I have a freedom of having to work from anywhere.

I own blogs in different niches, and one of it is related to Food recipes, the blog is called Evergreen Recipes and it is managed by my Wife who does everything from creating recipes to taking photos to writing and editing them.

The fact that I call it my blog because I take care of the technical part of it. You know, the stuff I am good at. Technically, I should call it Our blog, but…., Yeah, I am sorry for the headline, it’s our blog

My wife started blogging in 2012, it was doing well, considering she was posting two or three recipes a month. It was consistent in getting 1500 visitors per day, which I thought was fair for the time she was investing in it.

Finding the Secret (perhaps not so Secret) Source of Traffic 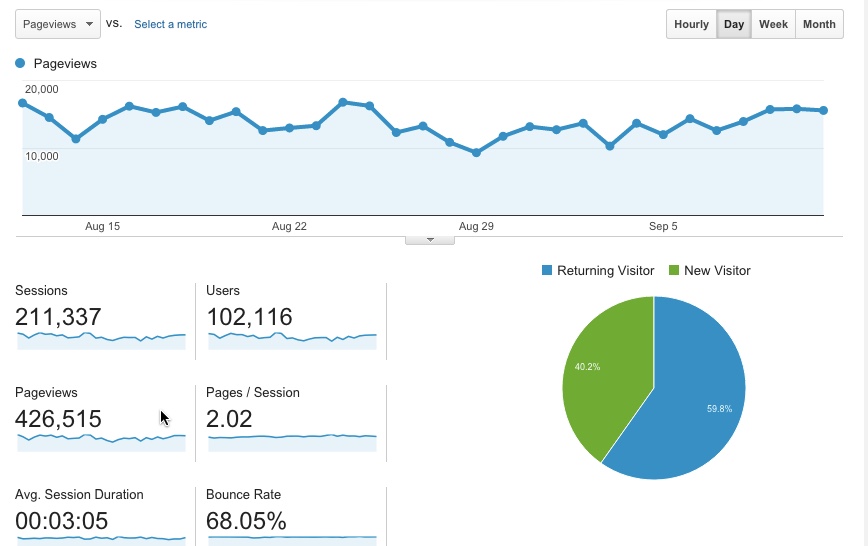 One a random day, she had prepared something delicious and I took a photo of it from my phone and posted on Instagram, as this is the only thing I have to post there. So, when the post got live, someone commented on it for the recipe, fortunately, the recipe was already there on the blog and I shared it.

10 minutes after sharing the recipe, the Google Analytics app on my android phone (which I keep checking every now and then) showed that there were 20 people on the recipe. I don’t know whether it was that guy who shared the recipe on his Facebook, but the referral site was Facebook.

This gave me the idea of sharing the recipe on Facebook in groups. I joined a few groups, and 4 or 5 of them immediately approved my request and I posted the photo of that recipe along with links to all the groups. These groups had an average of 50000 members and they were quite active groups.

In next 30 minutes, the real-time traffic went 150 and remained in three digits for next few minutes. At the end of the day, the blog generated over 10000 page views compared to the usual, 1500. The revenue was in double digits as well.

The blog started getting traffic, almost 90% from Facebook, people started requesting recipes in these groups

By now, I was sure that Facebook Groups were responsible for the huge traffic burst. I was busy with my other blogs so asked my Wife if she can do this part. We spent next few days finding groups with active members and engaging with the group so that we learn the rules of the groups.

The blog started getting traffic, almost 90% from Facebook, people started requesting recipes in these groups, even the ones that were not yet posted on the blog. Wife, after being appreciated for her cooking skills, was very motivated to increase the frequency of the recipes posted on the blog

She started posting one recipe a day on the blog and then sharing it on in the groups, then sharing recipes from the post as well, three times a day. And the traffic was exploding.

At this point in time, nothing was being done in an organised manner, there was no routine and we were living in a chaos, suddenly my life was revolving around a food blog which was being visited from every corner of the world. At this time, I realised the true power of Social Media, especially the Facebook.

We started finding issues with our workflow and the hosting was giving us a nightmare. I knew it had it be fixed before it was too late. 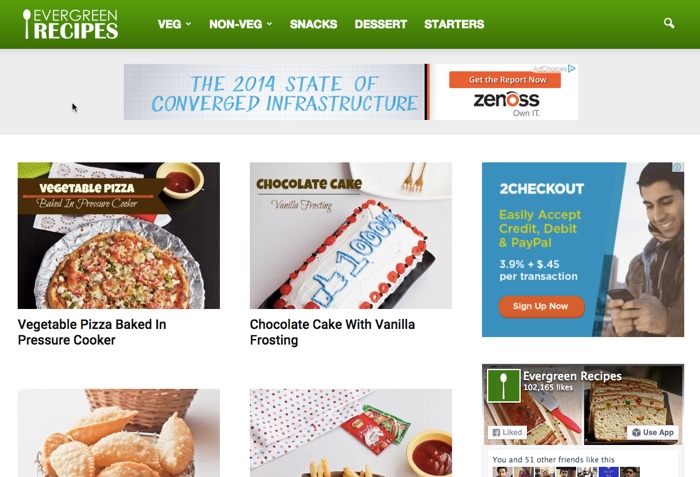 A Screenshot of Evergreen Recipes in September 2015

The first thing to do was to move the website to a new hosting that is resourceful enough to make the blog run smoothly. The blog was painfully slow when there were 100s of people on it. The pages took so long to load that we could finish our Coffee and the page would still be loading.

Thankfully, I found Digital Ocean to be the most suitable hosting for our blog, I got the recommendation from a friend who was hosting his blog there which gets over 5 million page views a month. So, we could stay with Digital Ocean even if we would go to that level.

After the traffic issue was fixed, it was time to set a routine for posting recipes and refining the groups by keeping only the ones where the engagement was great. It took us few days to figure that out.

We hired one girl to help my wife in the Kitchen, with taking photos and arranging stuff so that my Wife can get some time to edit photos and write the recipes along with keeping the house in order.

4½ Months have passed, everything is in order now and traffic is still going strong, I am pretty much hands off from the food blog and can focus on my work, there is only hosting part of the food blog I monitor and everything else is taken care by the Wife and my life is back to Normal.

How to Increase Organic Traffic to Your Blog? One Strategy that Still Works in 2021