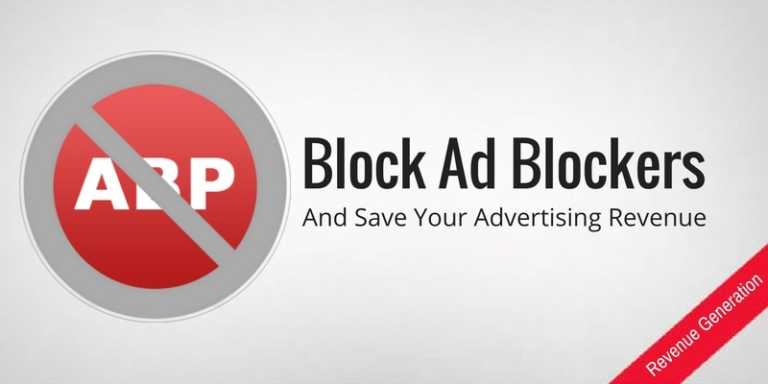 If you are reading this, I’ll assume you own a website. And you are concerned about your Ad revenue, which is decreasing month over month.

While there can be many reasons for the downfall, one of the key reasons is the Ad Blockers.

Ad Blockers have seen a huge increase in the usage lately. The Ad Blocker Plus, which is the most popular Ad blocker in the Chrome Web Store, has been installed over 10,000,000 times.

This report says that by the end of 2020, these Ad Blockers would cost over $35 Billion in revenue, which makes it a serious problem we need to solve before it’s too late.

In fact, big publishers have already started fighting by blocking the people who use Ad Blockers.

When WIRED decided to block the users who were using Ad Blockers, many people were unhappy about it, saying that why would anyone want to show ads to people who won’t like them and won’t convert. But these big publishing houses rely on Advertising revenue and if they do not act, they can go bankrupt.

So it’s high time we, the independent publishers, think about some alternatives to keep the lights on. There are surely a lot of ways to generate revenue, both directly and indirectly.

Ad Blockers block Ads, but they do not block affiliate links, if there is a possibility there the niche you are blogging in, contains some kind of products, you can become an affiliate and promote them on your blog with links placed strategically inside your posts.

This type of affiliate marketing can be huge if done properly, I mean, the margins are quite when someone buys a product you recommend, It’s a lot better than 100 people clicking on ads giving you a few cents for every click. One sale can give you from a few dollars to a few hundred dollars depending on what type of product your niche has.

Check out the beginner’s guide to Affiliate Marketing

I am seeing this type of monetization model a lot, popular viral site BuzzFeed does not run Ads (at least not at the time of writing this post) What it does is, it promotes stories.

Many of you who have been blogging for a long time, must be aware of the Sponsored Posts, Promoted content is pretty much the same but with a little bit of change, like, the articles don’t necessarily have to be a review of a product or a service, in fact the post can be about anything, it would just say ‘this post is brought to you by XYZ’

The Advertising revenue is not going to replace for the majority of independent publishers anytime soon. So until then, all we can do is block the users who use Ad Blockers and ask them to wither Whitelist your site or simply remove the Ad Blocker. 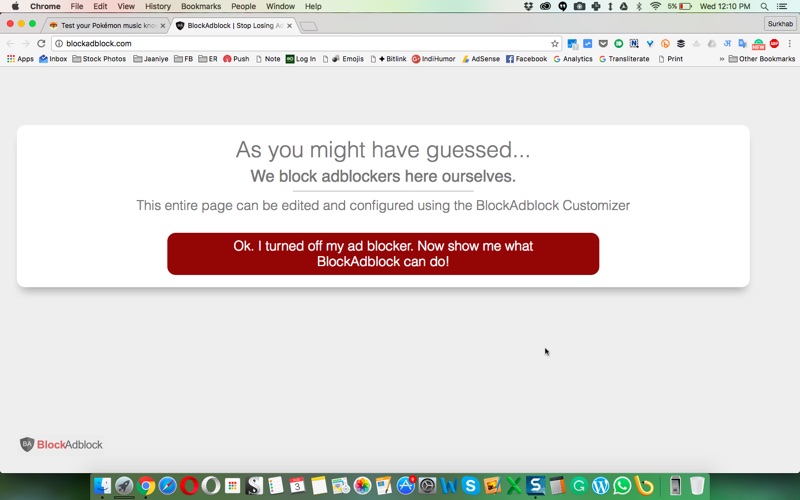 You don’t have to hire a programmer to get it done, you can use Block Ad Block, which is a free tool to get the job done. All you need to do is, put the code in the header.php or footer.php of your website (WordPress probably) and you are good to go.

Block Ad Block gives you the option to customize the warning sign and you don’t have to sign up either. 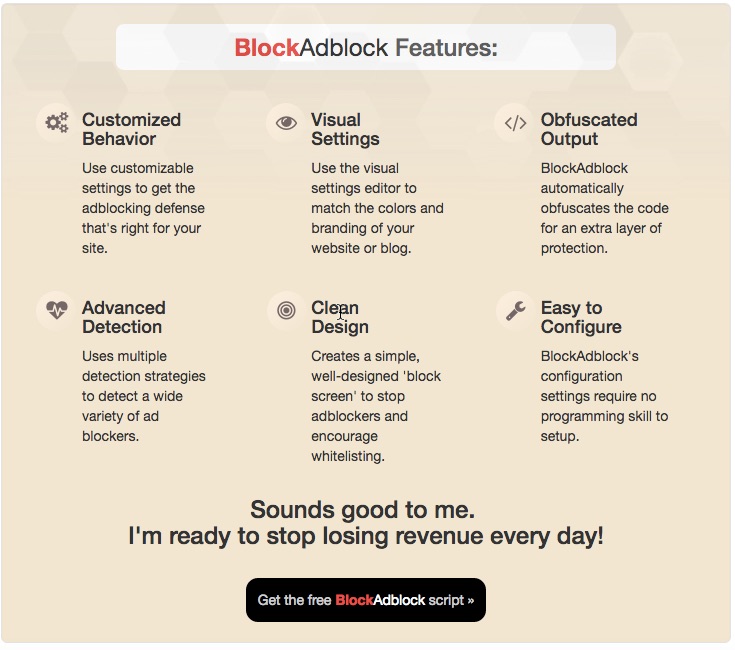 For people who would want to know how many of their visitors use Ad Blocker, they can add a Google Analytics tag to track it down.