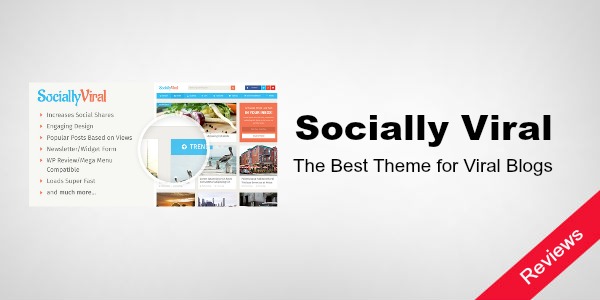 Few days ago, I wrote a guide to get started with a Viral blog, for that I had to start a new blog to observe things needed to create a successful Viral blog.

Technical aspect for the most of the part is pretty much same for every blog. Design is where you have to give importance to some factors as Visual presentation plays an important role.

For that I tried a lot of themes, in fact, I listed out the best WordPress themes that are visually pleasing. 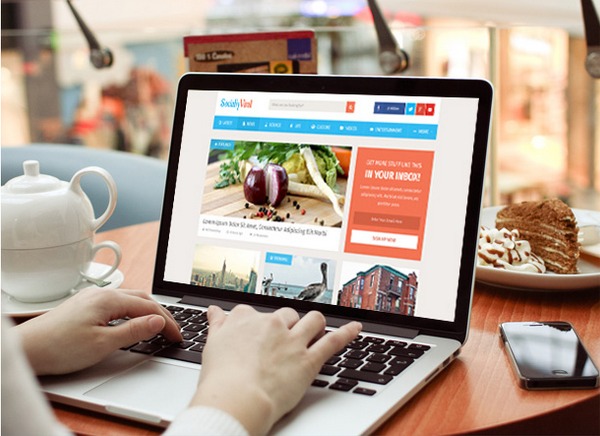 Of all the themes I tried, Socially Viral was the one that had everything a viral blog needs, the fact that it has everything because it is specially designed for a viral blog, or say, a very Viral blog has been observed (visually) to create this theme.

Get 40% OFF on Your Purchase

Use this link and get 40% Cashback on Socially Viral Theme.

The design sense is taken from the current design of Viral Nova, which was previously using a theme created by the developers of Socially Viral, and it worked really well for their blog. They recently redesigned their blog to make it visually more appealing.

I tried it on my website and it looked amazing. The things I liked about the theme is, Bigger thumbnails, Social Sharing Buttons and Blazing Fast loading, like, Really Fast.

At first, when I checked out the live demo of the theme, I thought they might be using a dedicated server to make the Theme load faster, but when I actually used it on my blog, which is hosted on a shared hosting on Hostgator, the loading was as fast as it was in the demo.

There are also few things I was disappointed by, such as the lack of customization of the Sharing buttons, as you can only turn them off/on, or select the ones you want to show, nothing else can be done. Maybe I am spoilt by the customization of Easy Social Share Buttons that I use on this blog, I think people who are getting started will be fine with it. 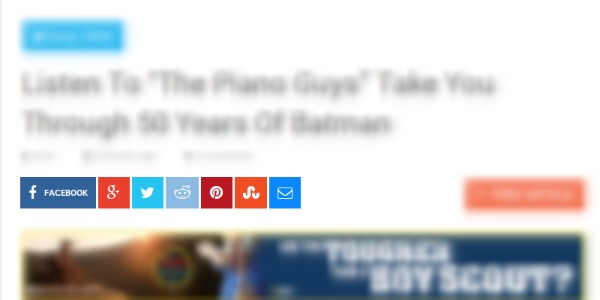 But, It’s not a big deal as the sharing buttons can be turned off and the user can show third party Sharing buttons of their choice. Perhaps the developers wanted to keep the Theme Options as simple as possible, and they have succeeded in that. I did not find anything else I was turned off with.

The Super Speed loading of the theme impressed me so much that I am won’t bother about the Share button customization.

Implementing this new theme design on my blog took 20 minutes, I think this is the minimum time I have spend implementing any WordPress theme fully on a blog. Thanks to the straightforward Theme settings.

Get 40% OFF on Your Purchase

Use this link and get 40% Cashback on Socially Viral Theme.

People who are already running a viral blog and want to use this theme, will notice that this theme uses big Squared images, so, if your previous theme was using a rectangular thumbnails, the initial design on the homepage would look a bit odd, until you either change the thumbnails of previous posts or fill up the homepage with new posts.

So, this theme is most recommended to anyone who is looking to launch a viral blog with a visual and bold design, and is easy to setup (it took just 20 minutes). For bloggers who already run a viral blog and looking for a new design, keep the Thumbnail issue in mind.