In the last 8 years of blogging, I have written thousands of articles on different blogs. And it wouldn’t have been possible without the help of Windows Live Writer.

Windows Live Writer is Blog Publishing Software owned by Microsoft which is like a Word Processor, where you can write posts, put links, images and everything you do inside a post, and then publish from the app directly. It will go live on the blog instantly.

Windows Live Writer has got its own fan base, who love it irrespective of the fact that the Software didn’t get an update from last few years. The last update was in 2012 as a part of Windows Essentials.

While it still works like a charm, everyone loves to see a Facelift. I would have been to see few additions to the already awesome app. Like the Embedded Tweets and other Media sources, the ability to Set Featured Image for posts and Live preview which doesn’t work well in WLW.

Windows Live Writer also had a respiratory of nice plugins that added to the functionality, we will probably see improvement in this area as well.

For this reason, few enthusiasts were asking Microsoft to open source it, So that the community can take it forward. It is finally Open Sourced. Here is the announcement made by Scott Hanselman.

Windows Live Writer will be called Open Live Writer and has a new homepage at openlivewriter.org. 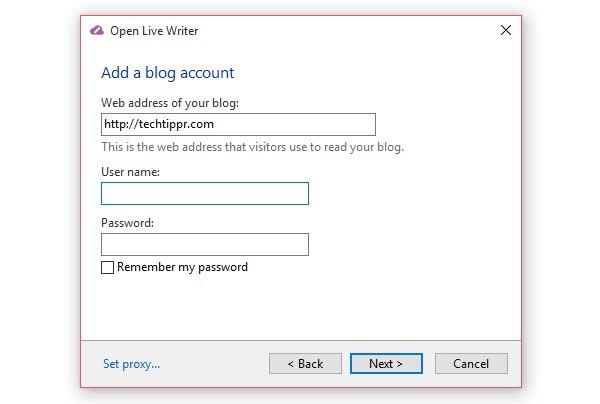 You can install Open Live Writer without uninstalling Windows live Writer, but you won’t notice anything new yet. It may take a while as the people who will develop it further are full-time employees and will take care of this in their free time.

I installed Open Live Writer on my Desktop where I already use Windows Live Writer and compared the two apps side by side. Both look exactly the same, it’s just that Open Live Writer has removed the Spell Checker for a while The implementation was super old and used a 3rd party spell checker we didn’t have a license to include an open source release. An open Source Spell Checker will be added in future updates 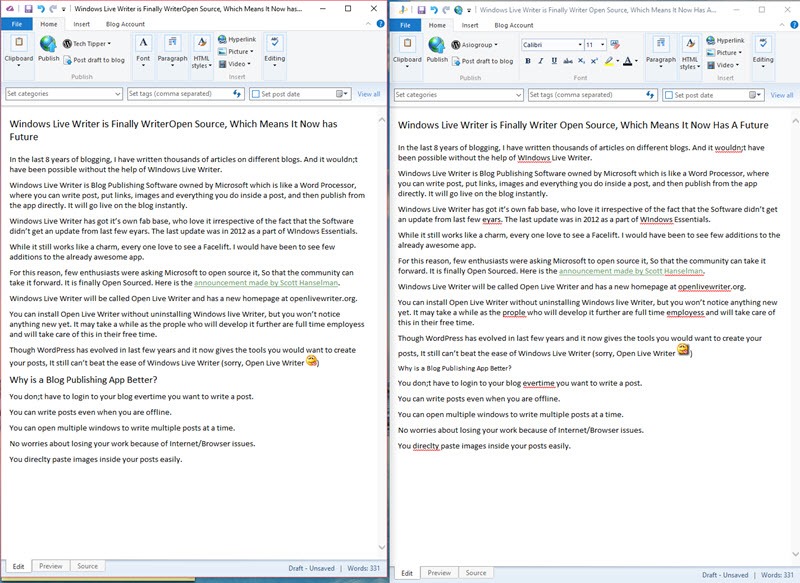 Though WordPress has evolved in last few years and it now gives the tools you would want to create your posts, It still can’t beat the ease of Windows Live Writer (sorry, Open Live Writer )

Why is a Blog Publishing App Better?

★ You don;t have to login to your blog every time you want to write a post.

★ You can write posts even when you are offline.

★ You can open multiple windows to write multiple posts at a time.

★ No worries about losing your work because of Internet/Browser issues.

★ You directly paste images inside your posts easily.

I was happy with Windows Live Writer as I am mostly working from my Macbook Air and found an amazing app for it as well, It’s called Blogo, I’ve reviewed it on the blog, you can read more about it ➞

How to Increase Organic Traffic to Your Blog? One Strategy that Still Works in 2021